I had my very first trip to Hongkong when I was just about 10 years old. It was a family trip, and of course, for everybody elseâ€™s, it was outright and absolute shopping and feasting-no questions asked. The trip was about family bonding given that both my parents were busy with work and the kids (thatâ€™s us) were on a summer break. I was not really into the enjoyment of neither good food nor shopping for clothes and knick-knacks at that young age. All I was thinking about was toys and the martial arts. Those were my utmost prerogatives for every trip the family made, anywhere.

Hongkong was a shopping mecca for good, quality martial arts books which were not or never available in the Philippines at that time. I began collecting at around this age; absorbing as much as I can from various authors and teachers. These books were very limited in bookstores back in the early â€˜80s. Others were written just for the sake, but some were done in fine newspaper prints dating back in the â€˜60s and early â€˜70s. For me, those were fine artwork. By the late eighties, the number of writers and masters publishing books exploded. Unfortunately, I was not able to keep up anymore and became selective on what I buy. It was only in the start of the millennium when I began writing with RAPID Journal that I re-started my small library. The magazineâ€™s editor-in-chief carried a book collection which was overwhelmingly large (about 3 bookshelves), and that triggered my appetite for more books; used or otherwise. It was also that year I discovered the power of Tai Chi in relation to the fighting arts.

Before coming to Toronto, I trained with a British National who had been based in Hongkong for almost 20 years. He learned the system with a reputable master who wrote books in the early eighties and all the â€˜secretsâ€™ kept to me from the previous school were all taught to me in a shorter period time. Unfortunately, due to the length of learning required of the fighting system, I only sort of knew a few of the fist sets. That window of opportunity of learning from an experienced teacher was more than enough for me see beyond the art itself. My trips to Hongkong became more prevalent, and by 2002, I was teaching a small group of students. It did not pay well, sometimes not at all, but the satisfaction from studying and teaching the martial art was immeasurable. I also gained very good friends along the way; through this venture and through RAPID.

I envisioned myself as a martial art fighter, as a master of the style I learned from a highly traditional school which kept fighting techniques as secretive as possible within the brotherhood they themselves created. Newbies and â€˜localsâ€™ were generally sidelined, no matter how eager they wanted to learn or how passionately they were enthralled into the system. Most good schools at that period were all located at Manilaâ€™s Chinatown, and branches were never opened specifically to keep the traditions alive within boundaries. It was a cycle which was eventually broken by new technology and the internet. I was so ecstatic this had happened. Those schools who kept their doors closed benefited late while others eventually regretted that they were not able to prosper with the coming of the new age. Time just flew by after.

That was my short story in the fighting arts. Where does food come in? In the bustling city of Hong kong. Every penny I earned during that time was solely reserved for my Hong kong trips to learn from my teacher. I didnâ€™t earn as much as a banker, and I struggled even just to sustain myself. I really couldnâ€™t afford eating out in some fine Chinese restaurants in Hong kong and taste those savoury dishes one would normally see imprinted in many Chinese magazines found in airline jackets. Iâ€™d settle for noodles or BBQ, like many locals do, and for some change, already had a very hearty meal I can feast on without setting me aback; noodles, specifically Braised Beef Noodle Soup (Tendons) was my fave-still is. In Manila, whenever there was a ‘lunch-out’ announcement by the group I worked with in the bank, we would decide on either KFC or North Park, both were only a short distance from the office and they were dirt cheap. 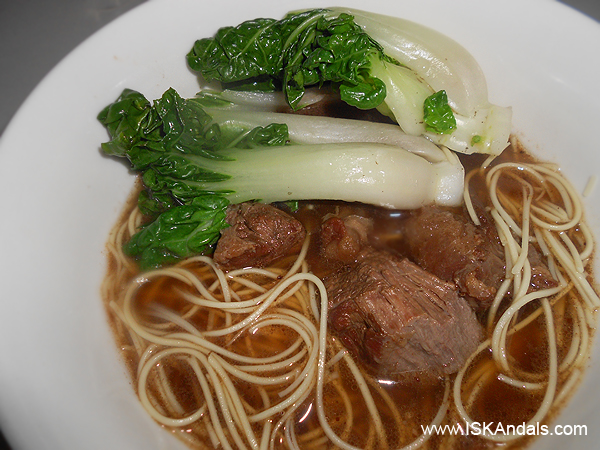 Due to the high fat content associated with this meal, I had to cut back a little. Although, once in a while, I would eat and indulge myself a bowl in Torontoâ€™s Chinatown or make my own. For me, itâ€™s like Tomato Sauce or Kaldereta which you can store in the freezer for weeks. Itâ€™s a very comforting meal especially when the weather is gray and dark or when I feel under the weather. 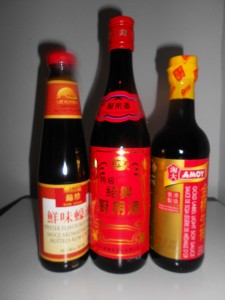 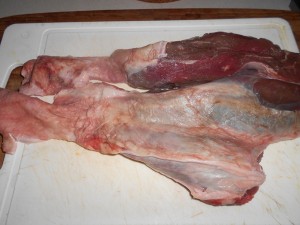 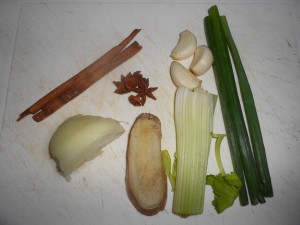 1. Cut the Beef Shoulder in large pieces, and pat dry. 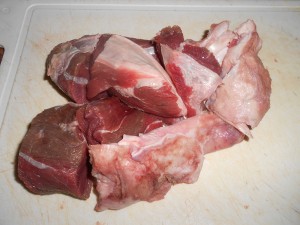 2. Heat a stockpot and pan-fry the meat. Do them in batches to avoid overcrowding. 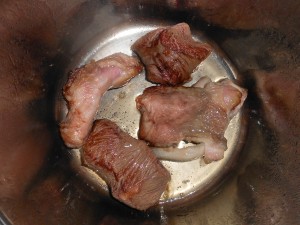 3. Remove the meat from the pot and set aside.

4. Turn the stovetop to low-medium and start sweating the white onions.

5. As soon as the onion caramelizes, start adding the stock and the sauces.

6. Let it boil to simmer. Add all the aromatics followed by spices except for the Five-Spice powder, Cinnamon powder and brown sugar. 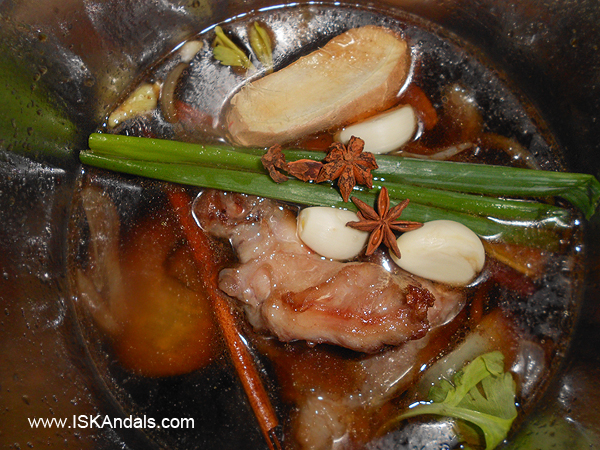 7. Let the pot boil for 45 minutes to an hour and place it in a 300â€™C preheated oven. Check the meat for doneness every now and then. 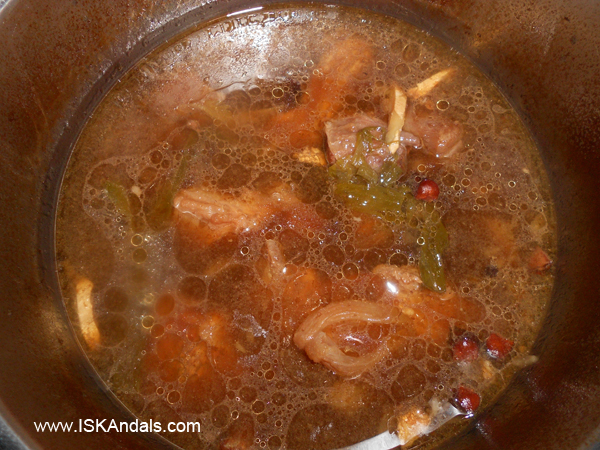 8. When cooked, pick and remove all the meat from the stockpot and strain the broth into another pot. 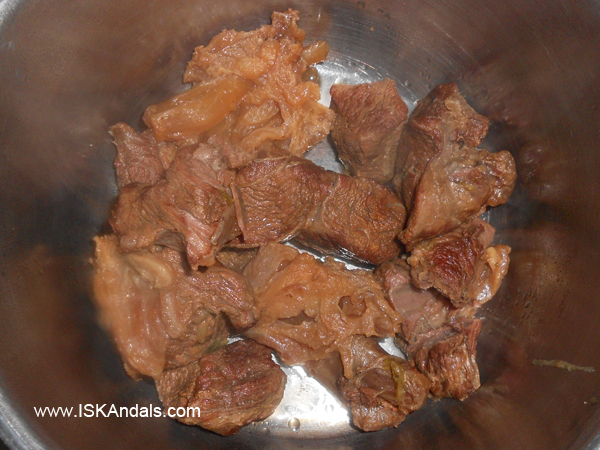 9. Let the pot boil to simmer again on the stovetop. Add more stock or water if necessary and adjust the seasoning using the sauces. Start adding the five-spice powder, cinnamon powder and brown sugar when doing this step.

10. Soak the dry egg noodles in hot tap water and set aside. 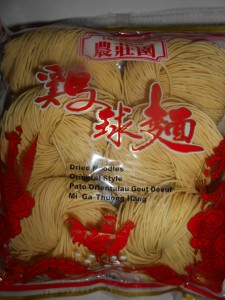 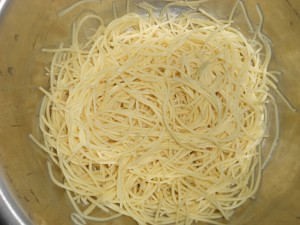 11. Blanch or sautÃ© some baby bokchoy, and chop some green onions. 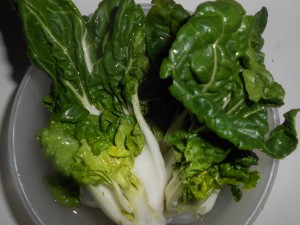 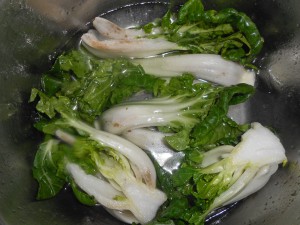 12. In a bowl, place the noodles first and ladle the soup accordingly. Add some of the beef followed by the baby bokchoy and chopped green onions. Drizzle with sesame oil. 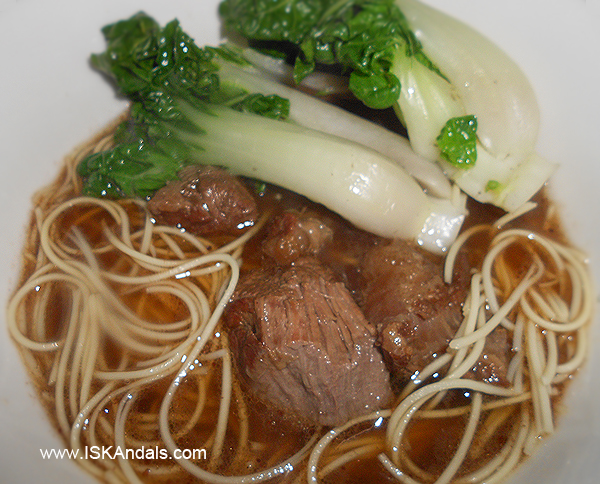 I really havenâ€™t completely stopped training in the martial arts, however, my training is not as intense as before. My training is more inclined to personal improvement in relation to my age and schedule. My goal, through Tai Chi, is to look as young as possible through regular training. I do visit my new teacher every now and then for correction and train the fist sets I learned in Hongkong on my days-off at the park-weather permitting.

I still vividly remember my Binondo training about a decade or so ago. After an excruciating training with my tai chi teacher, the group would usually head to a Noodle House for some chow. That was a fun weekly gathering. I was with good company, and we always had a laugh. I wouldnâ€™t usually leave until I had the chance to visit RAPIDâ€™s editor-in-chief’s house and gawk on his collection; searching for inspiration to write along the way for the next quarterly edition. That was my door to a dream Iâ€™ve always had as a child growing up far and away from civilization.