Back in the fall of 1992, I had an opportunity to visit my uncle and cousins living in Davao City. I just finished University and this opportunity was probably my last official summer vacation before my parents would finally release me to the wilderness. It was my very first visit to the south with the sole purpose of seeing and meeting, for the very first time, my uncle and cousins my Dad had been talking about for so many years. My Dad and I would usually chat about the week that was over breakfast on a Saturday morning, and the name of my uncle would almost always pop out from nowhere.

That trip was an unforgettable journey to a life of simplicity and family togetherness, despite some obvious hardship. My uncle and aunt lived in a small bungalow with my three other cousins who already had kids of their own. And like many other families living in provinces, the hospitality showered to us never faded. They attended to our needs as much as we were pleased meeting them finally. Like many provincial family household, having a get together, beer was almost always at the centre table and usually overflowing. My uncle would bring several bottles of San Miguel Grande when we had visited from the hotel to be shared by all of us. Indeed, we had so many catching-up to do and so many stories to tell about life in general and how the family, on my Dadâ€™s side, were forcibly scattered around the country because of poverty and war; a short family history retold. I immensely enjoyed that trip, and it showed with the weight gain and chubby cheeks upon my return to Manila.

Davao offered a variety of inexpensive seafood, and fish was a staple for many families. However, what stood out in that trip were not exactly the sights and the sounds which were common and familiar in many big cities in the Philippines, but my auntâ€™s â€˜Kinilaw na Tuna.’ It was a perfect match for the San Miguel Grande, and yes, Tuna was cheap and abundant down there. She was a natural making the â€˜Kinilaw.’ Each batch was as consistent as the first I had tasted. It kept me coming back for more, and she knew it. She always had a fresh batch kept in her fridge.

I was really never good nor successful at making â€˜Kinilaw.’ I had tried doing it a couple of times when I was still in Manila and had failed. I left my Dad to do it for me, but after several more tries, I finally found the right combination, for at least, an acceptable â€˜Kinilaw.’ In my opinion though, I felt the batch I made was just too crude and pungent to be served to guests. Like many other familiar Filipino dishes, the Filipino â€˜Kinilawâ€™ was overpowering, ugly and a bit imbalanced in some aspects when it hit the palate. I had asked myself several thousand times how I can make this dish more presentable.

This question led me to discover â€˜Ceviche,’ a Peruvian dish that was as potent as â€˜Kinilaw,â€™ but as smooth and as soothing as a cold Calamansi Juice. It was not edgy to the tongue and the throat at all like some â€˜Kinilawâ€™ could be. Through a friend, I discovered fresh frozen Wild Sole Fillets which were sold in many Canadian groceries. When she made her version of â€˜Kinilaw,â€™ I thought this fish was just perfect for a â€˜Cevicheâ€™. It was fresh frozen, but otherwise, still fresh and ready to be served one time. That was the first and most important ingredient that needed a major decision.

My ‘Ceviche’ had influences from two cultures: Filipino, of course, and South American. I decided to combine some Southeast Asian ingredients like Ginger with a South American twist of blending and smashing aromatics to release oils and flavours more evenly as against fine chopping so commonly done in many Filipino kitchens.

1. In a blender, combine the onions, ginger, chilis, salt and pepper and zap to a paste. Add a little water to achieve desired consistency.
2. Cut the fillets in bite size pieces and in a separate bowl, mix it with the lime juice. Let it stand in the fridge until the fish is â€˜cookedâ€™ by the acidity of the Lime juice and eventually turns opaque. This could take a few hours to overnight, depending on the amount of fish being marinated. 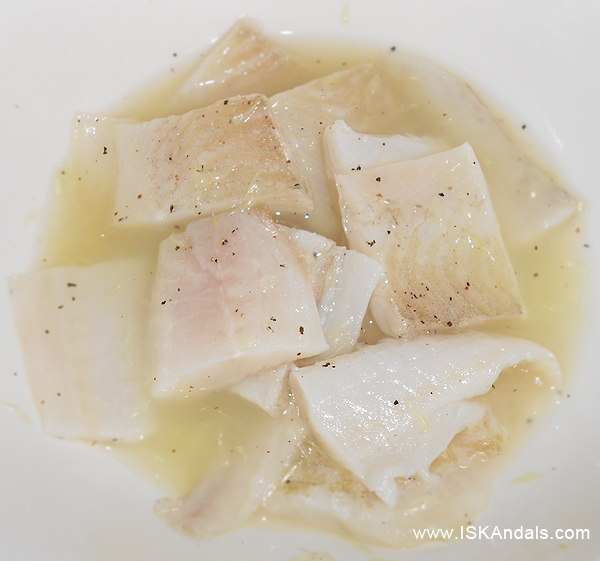 3. Add the paste and mix gently. Return it the fridge for a few more hours. 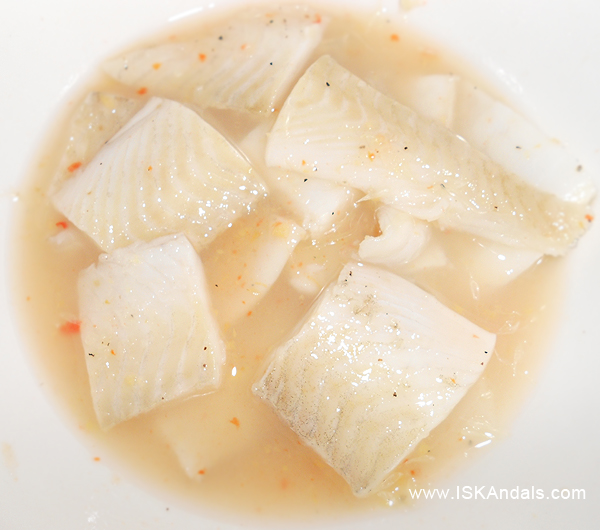 4. Boil the sweet potato and cut into small cubes. Pan-fry and season with salt and Cinnamon Powder. 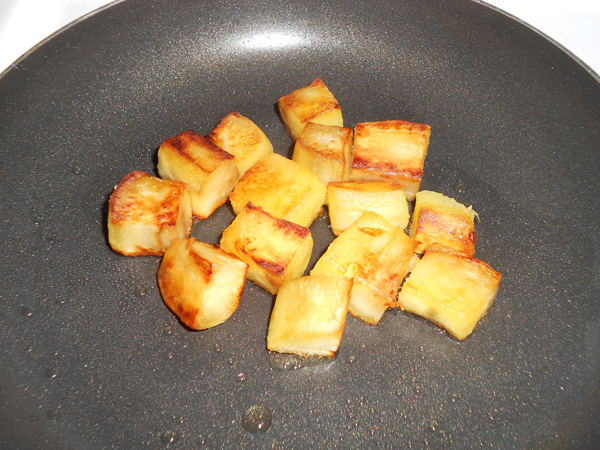 5. Cut some slivers of Ginger, Onion, Cayenne Pepper and chop Green Onions for garnish.
6. Set everything together in a plate. 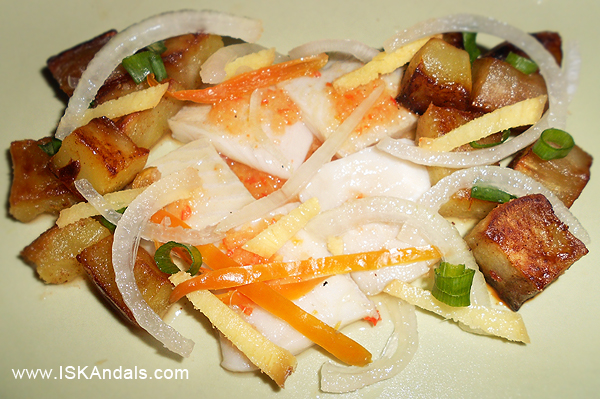 FOR YOUR EYES ONLY
â€¢ I boiled and deseeded the chilis until tender. After which, I soaked them in cold water to remove some of the heat from the Habonero. And, I used the water for boiling also for blending. Habonero is spicy. You may want to replace it with something else in the absence of Peruvian Chilis. I love heat in my food
â€¢ I also soaked the white onion in cold water to reduce the sting.
â€¢ Run the sweet potato in cold water to stop the cooking process. When manageable, start cutting the sweet potato into cubes and leave it in the fridge before pan-frying.

Sweet potato and fish donâ€™t sound like a match made in heaven, but after mixing the potato with the fish, I felt an â€˜explosionâ€™ in my mouth; sweet, sour, savoury, salty and a little touch of heat. Originally, the sweet potato was only boiled and served as is with the ‘Ceviche.’ I felt the sprinkling and dusting of Cinnamon Powder counterbalanced the heat from the ginger, onion and the chilis. I also did not use White Vinegar as the my ‘cooking’ agent. However, Light Soy Sauce could work if mixed with piquant chilis as condiment and if drank with a strong beverage. It also turned out very light and refreshing; without the garnishes on.

I hardly eat fish. I always feel the urge of eating meat most of the time, and with my line of work, I would need protein, sustenance!

Eating a good meal in the kitchen is next to impossible knowing how the food is served and prepared and where exactly it came from. Moreover, there isn’t exactly the time do so. ‘Ceviche’ or the Filipino â€˜Kinilawâ€™ is an exception; much like fish and chips. Once in a while, I crave for this salad or appetizer just to stay away from pork, pork fat, and red meat. I also need to pair it with my booze, as always.