Iâ€™ve stopped buying or eating fish for maybe three years now; even more I believe. Iâ€™m not exactly sure how long it has been, but prices of fresh seafood here is so exorbitant that a New York Striploin is so much cheaper to have for dinner as against a Tuna or a Salmon Steak. Frozen seafood is scattered everywhere and Iâ€™d normally just settle for that one, however, fresh fish is sometimes so tempting and just taste so succulent when it has been cooked and prepared properly. Honestly, I donâ€™t have so much in my arsenal when cooking fish. My head is blank and empty, and I canâ€™t seem to cook something decent when fish is involved.

Back in Manila, and when I still do come and visit, my mom and I would usually just hang-out at Gerryâ€™s Grill along Jupiter on a Friday night to sample their fish and seafood from the grill. Gerryâ€™s Grill was relatively new at that time and they showcased Filipino Grill Classics and other Filipino dishes which made them stand out among the rest. Iâ€™m not sure if that kind of Filipino Grilling is truly, â€˜the one and onlyâ€™ way, but I feel charcoal grilling is prevalent in many parts of Southeast Asia. Other countries might have other ingredients mixed with the dish, but many vendor food still hits the charcoal to achieve that smoky, spicy and sweet smell coming from the marinade. Filipino approach to grilling though is simple, with varying marinade to match either fish, pork or chicken or maybe one kind of marinade for all. This is the dilemma for Filipino food in general. Taste is common, and there isnâ€™t really any specific approach to grilling which make at least one or two dishes to stand apart from the others. North Americans grill their fish on a plank and use smoking with grilling. That technique, maybe, could also be applied as another approach to Filipino grilling. Moreover, grilling beef or steaks is almost non-existent except maybe for hamburgers. The steakhouses and hotels deal with that and they donâ€™t actually cater to ordinary Filipino employees eking out an ordinary living only to be able to enjoy a â€˜night-outâ€™ once a week or even just after payday like Gerryâ€™s does.

I fell in love with the Fish Head and Cheeks when I steamed it with ginger, leek, green onion. I enjoyed each part of the head and I sucked those cheeks of every meat left. I guess that was the fun of eating a fish head. A huge fish head with healthy portions of meat attached to the bones is just mesmerizing and those kinds are also available in many Asian local groceries here; each fish head priced differently per pound. I really havenâ€™t chosen the type of fish head I will do for this challenge, but I know it will be a little more expensive than the one I steamed previously.

Hereâ€™s another problem Iâ€™m faced with. I donâ€™t have a charcoal grill. I know charcoal grilling is a common practice when doing BBQ in Pinas, but, unfortunately, I live in an enclosed property in an overcrowded or densely populated city, and barbequing is prohibited to almost banned. All I have is my trusty old oven and a cheap $20 grill pan. My only choices really are to crank up my oven at high to cook the fish head at an appropriate temperature without losing out on its moisture or use the grill pan and grill the fish as it should, and it shouldnâ€™t come out dry. Fish is just so delicate to handle. 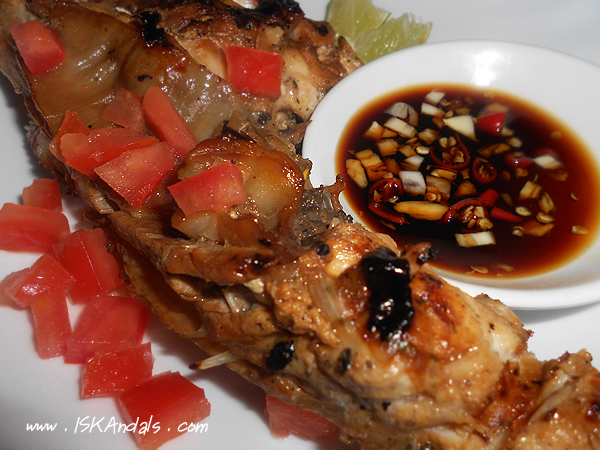 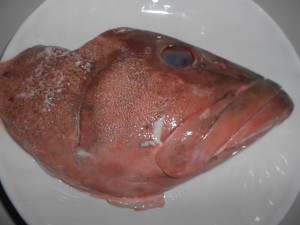 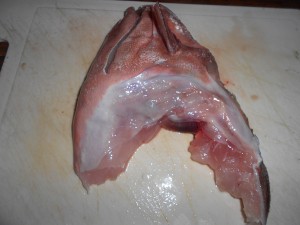 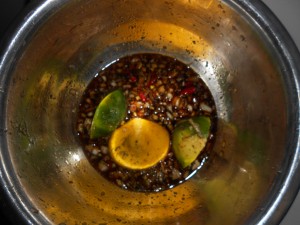 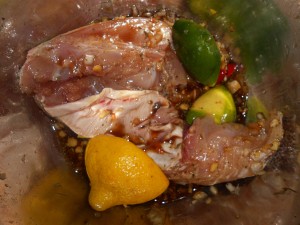 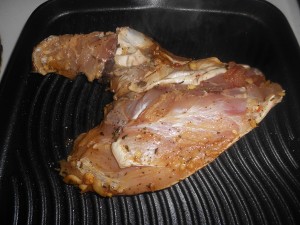 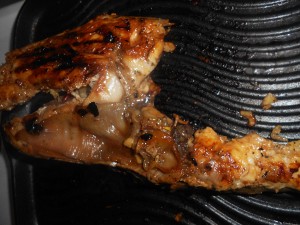 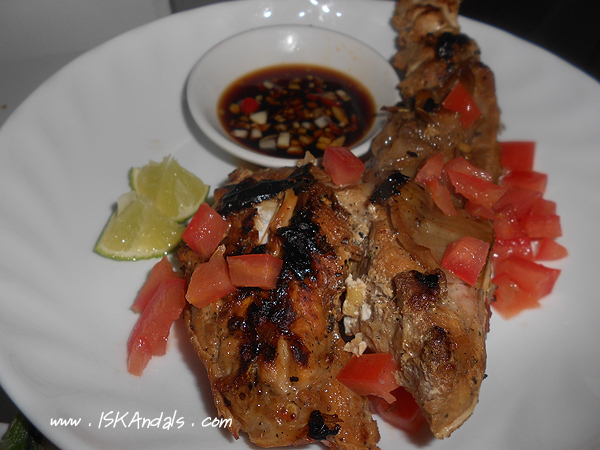 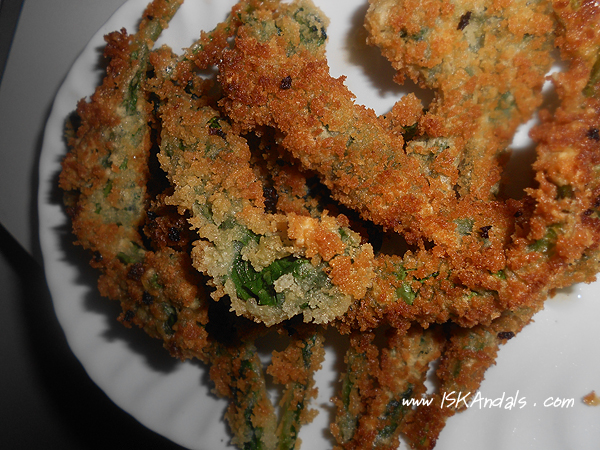 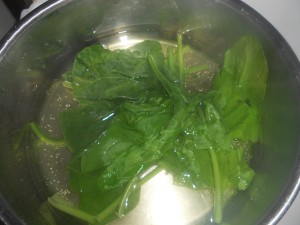 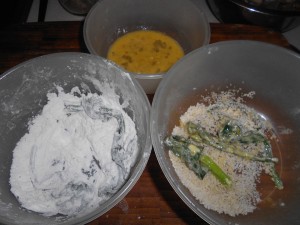 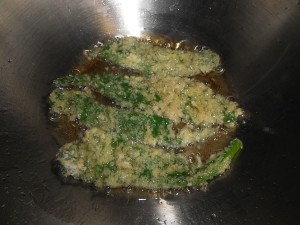 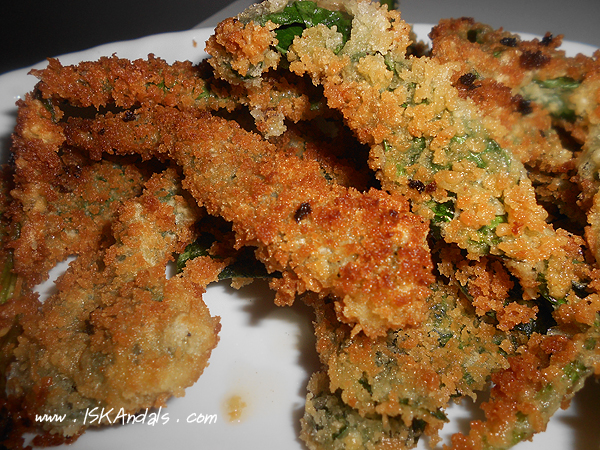 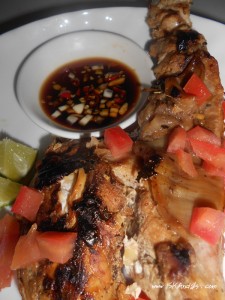 KCC did a very good job for this monthâ€™s challenge. It had me really thinking. For one, I grew up in the city and Iâ€™ve never encountered food thatâ€™s considered exotic. I donâ€™t indulge in balut. My balut is penoy and crustaceans are generally off-limits because of my allergy. My only actual choices are fish and calamares, and it was definite that I wouldnâ€™t take on Tilapia or Bangus. They are very popular everywhere. Frozen tilapia is sold here in boxes to accommodate the ever growing Filipino population here in Toronto. Iâ€™m sure they always end up either fried, grilled or boiled like what many do, and which I donâ€™t. The fish head, particularly the ‘panga,’ caught my attention and that was the only way I could eat fish at an affordable way. That led me to do this dish. I am loving the fish head and the â€˜pangaâ€™ as against other types of fish.

“Philippine Independence Day is just around the corner…so for this month’s challenge, Cherrie Moore of Sweet Cherrie Pie & I have decided to focus on our country’s unique dishes i.e., food that can be found “Only in the Philippines”.Â  Whether it’s an appetizer, soup, main entree, dessert or even snack, we would love to see you share a favorite food of yours that can’t be found anywhere else.” – Tina of Pinay In Texas Cooking Corner