The â€˜Chefâ€™ of the cafeteria on one of my assignments as a temporary cook would make a couple of rolls of meatloaf for lunch to serve fifty. Itâ€™s probably one of the easiest and cheapest dishes that can be made without much sautÃ©ing or pan-frying. All it really requires is a plastic wrap, tin foil and a little patience along the way in putting it together. Preparation can also be made a day or two before itâ€™s cooked, and itâ€™s really not that fuzzy. I saw how he made it in large quantities, and honestly, I was not totally impressed. The ‘Chef’ still remained a total jerk which unfortunately inhibited me from working properly as he still was when I left six months after. I learned a thing or two along the way despite all the miseries he gave me.

Iâ€™ve been longing to make a meatloaf for several months now, but never really had the opportunity due to time constraints. Since the industry is slowing down now as Fall and the â€˜back-to-school â€˜ season begin (Weee!!), I had the time to put it together. Rain has also been pouring down massively in the city which is quite unusual for this month.

Moreover, Iska requested me to make something out of a Pork Stomach (Hog Maw), which, of course, I couldnâ€™t decline. Iâ€™ve never cooked Pork Stomach before. I might have tasted it as an appetizer or as a ‘beer-match’ during one of those drinking sessions growing up in the Philippines, but never knew it was such. Iska also posted a Meatloaf alla â€˜Spamâ€™ recipe a couple of months ago. That totally intrigued me. Iâ€™ve stopped eating Spam and Ma-ling knowing how much additives are mixed in in those deadly but delicious canned goods and definitely something to totally avoid; health-wise. When I saw that, I knew I really had to make one sooner or later. Itâ€™s homemade for one, and thatâ€™s a plus. It was just too tempting to let go. I love pork as much Iska does, although from time to time, would skip it for health reasons. This, definitely, I wonâ€™t let go and refuse. 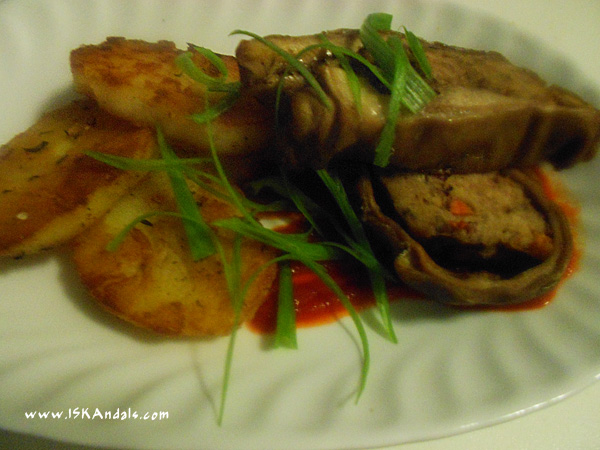 Soak the pork stomach in Mirin overnight. Wash and rinse. 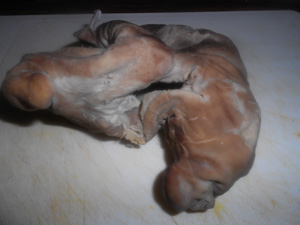 Transfer the pork stomach in a pot of boiling water with onions, garlic, ginger, Thyme sprigs, and black peppercorns. Let it boil vigorously for at least two hours and check every now and then for doneness. The stomach should be tender when pierced by a fork. Remove from the pot and let it cool down at room temperature. In the meantime, mix all the stuffing in a mixing bowl. 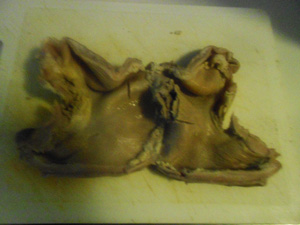 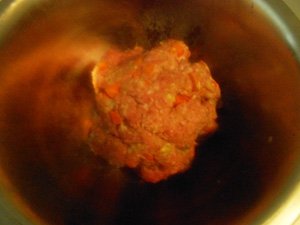 Slice the pork stomach in half and start filling it with the stuffing. Close and seal it with a butcherâ€™s twine at all ends. 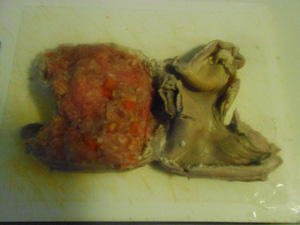 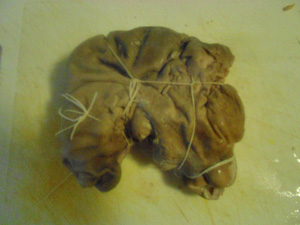 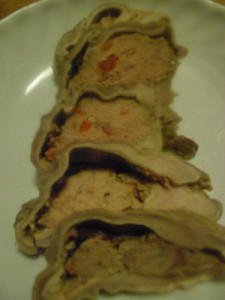 Wrap it like a candy with a tin foil and steam it for about an hour or so. Leave it at room temperature after steaming and leave it in the fridge overnight. 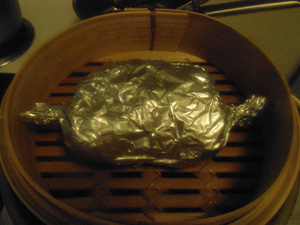 Slice the pork stomach in portions of about 1.5 inches. Set the oven to broil or high and roast the slices until golden. 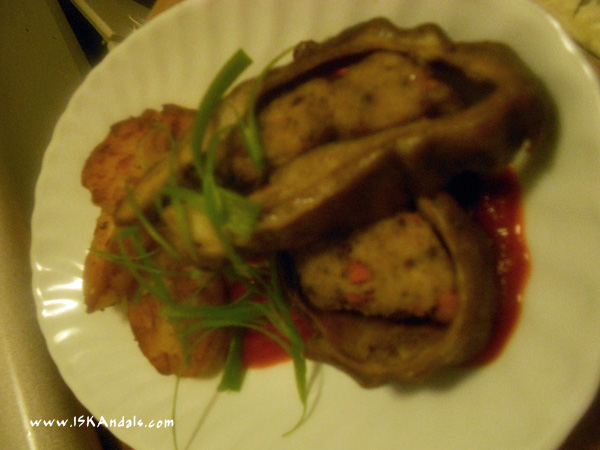 I tried pan-frying the meatloaf, but it didn’t turn out as I expected. I wanted to make the pork stomach crunchier, but the better way in achieving such texture would be a deep-fat fryer. I didn’t want to go through that anymore. Athough the pork stomach came out a bit chewy, the meatloaf was not compromised and both were perfect with Sriracha and Mustard as to the standard catsup.

I also pan-fried the potatoes with herbs much like chips. This combination is a perfect appetizer. Some bread on the side will complete the starter.