I have no idea why it took me this long to try cooking Pinoy desserts such as puto, biko, maja blanca and palitaw. I guess I am intimidated by the idea that they are too difficult to prepare as Iâ€™ve never seen my parents and siblings cook any. I could only go as far as leche flan. Then few days before Christmas day, a friend showed me how to prepare palitaw. Wowâ€¦ looks easy peasy and taste really good! And just when I totally forgot about it during the busy Christmas holiday, another friend brought over palitaw sa latik for New Yearâ€™s Eve dinner. Hmmâ€¦ not so subtle way to remind me itâ€™s about time to buy the necessary ingredients, donâ€™t you agree?

I decided to start with cooking palitaw sa latik rather than the version where in the rice cakes are covered with a mixture of coconut, sugar and sesame seeds. I followed exactly my friendâ€™s instructions on how to make the dough but I couldnâ€™t quite roll my mixture into balls right away. It took me few tries until I decided the â€˜trial-and-errorâ€™ method works best for me. That I will explain a bit more below. With latikâ€¦ itâ€™s a walk down memory lane. I grew up in a house surrounded by coconut trees and cooking latik was synonymous with using the coconut oil you get out of it for â€˜hair conditioningâ€™. Ahh the crazy things girls do in the name of beauty. Simply putâ€¦ ang nagagawa nga naman sa ngalan ng kaartehan kahit mangamoy gata ka hahaha! 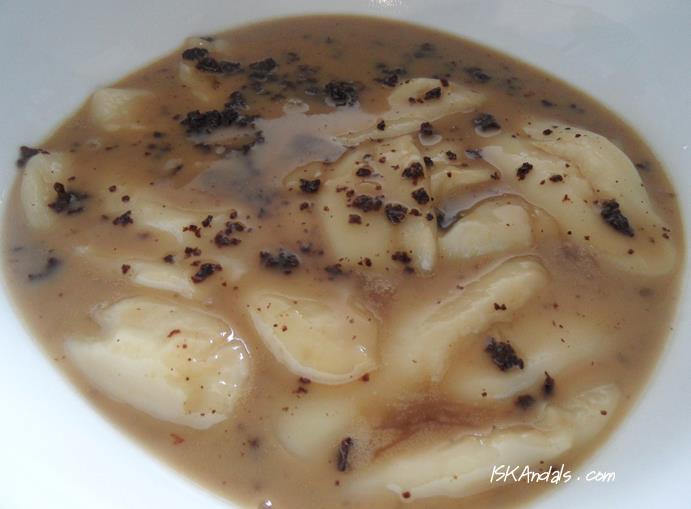 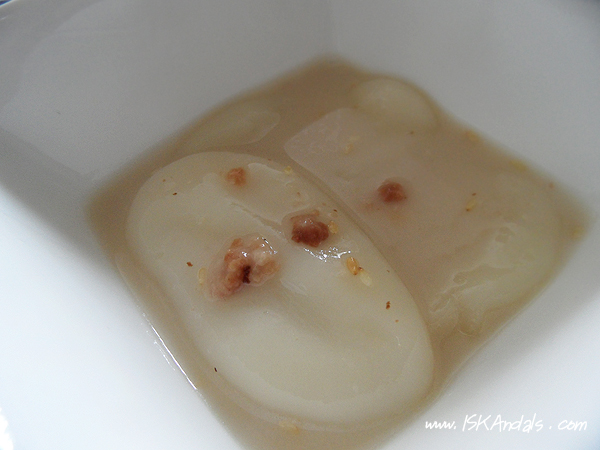 Palitaw covered with a mixture of coconut, sugar and sesame seeds as shown below. 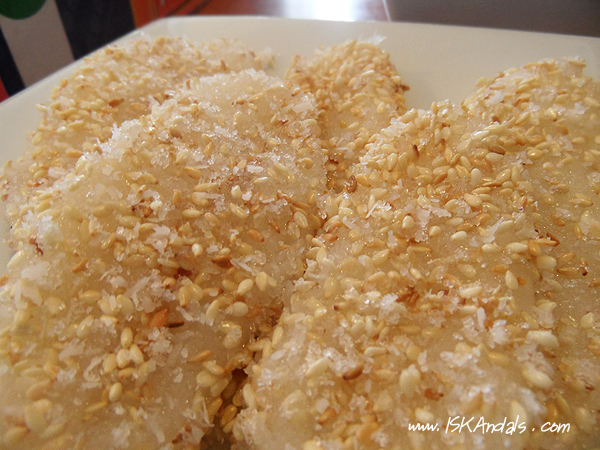 Photo below shows flattened round dough on a flat surface to form about 2 1/2 inches in diameter. When you scoop them out and drop into boiling water, they will loose its perfect round shape and would be oval more like a tongue… just the right shape. See photos above. 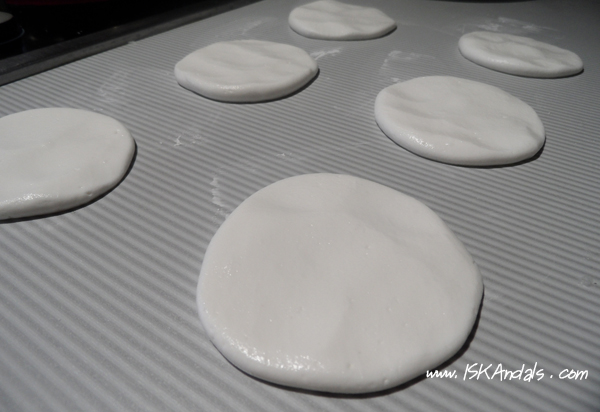