Like my Dadâ€™s unusual taste and take on food, my Mom also had her own specialties. Everything she had on the dinner table was considered â€˜nutritiousâ€™ and the food she ate was constantly nagged to us as the â€˜healthiestâ€™ food on an almost daily basis. When I was old enough, I just had to answer back, and it finally stopped. She finally realized that her kind of food didnâ€™t fit everybody elseâ€™s palate. And just to avoid any unnecessary arguments, I would have my dinner either earlier or on a much later time.

Her plate basically consisted of the following: Sinigang na Bangus as Main, Monggo as an Appetizer or a side, Pinakbet, of course, as another side, and once in a while Okra. Adobong Pusit was also served as requested which unfortunately really didnâ€™t sit so well for me. It was so hard to chew and I never knew why. After being introduced to the proper way of cleaning squid, I realized that the skin had to be pulled out of the flesh before slicing it into rings to make it less chewy. The cooking process also had to be quick or long; nothing in-between.

I really wanted something deep-fried, and Iâ€™d looked at pork or chicken most of the time. I didnâ€™t mind eating fried fish once in a while; as long as it was not as dry as what many Filipino cooks tend to make. Eating Steamed Rice and a very dry fried fish is really queer. Fried Tilapia was also one of my Mom’s favourite go to main. Monggo, Pinakbet and Okra were definitely out of the question. Kangkong was the only vegetable I had really enjoyed eating, and I would eat Tortang Talong every now and then.

I really found Sinigang na Bangus as a tedious way to have dinner. It was not fun. According to my Mom, it was a ‘healthy’ dish and as a young child, I trusted and believed her. I know the benefits of eating fish, as well as the health characteristics of the Calamansi Juice and the Tamarind used in the dish; add to that some green leafy vegetable and a one-pot wonder is made. My Dadâ€™s Kinilaw was always my fave.

However, I would always go for another type of fish instead of Bangus. I think I havenâ€™t touched nor eaten Bangus in nearly a decade now (If it has been shoved to your face and throat for the longest time, I think youâ€™d understand). Moreover, many or most Filipino Sinigang dish I know uses a ready-to-mix sachet which in reality is unhealthy and artificial. It also contains shrimp extracts which unfortunately, I canâ€™t eat.
I have made Sinigang using pork and another kind of fish and was successful enough to enjoy a real meal without cutting corners. It was not as heartbreaking to eat too, and I also had a choice between buying fresh or fresh frozen fish fillets in the market. Canâ€™t beat that. At least, I wouldnâ€™t have to pick through a fish that I know would eventually ruin my dinner. 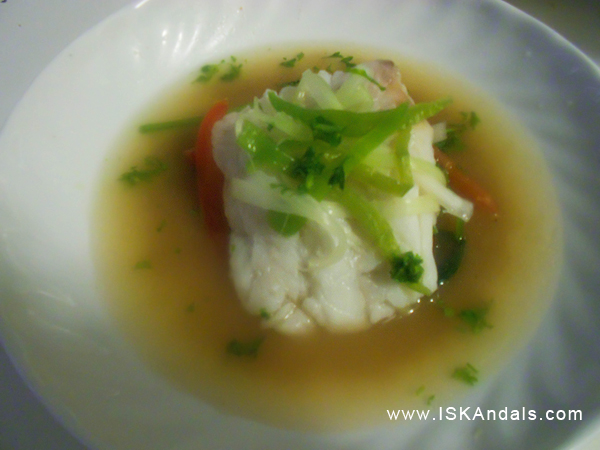 Combine everything in a pot of cold water. Boil to simmer, and strain in another pot. Reduce by a half. Skim the scum as it rises while boiling. 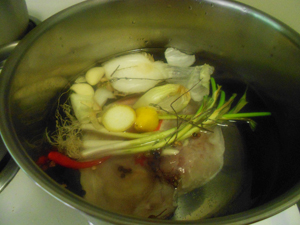 Heat a sautÃ© pan and sweat the Leeks and Finger Pepper. Add a little salt and water to help in the process. Add in a clove of garlic. Pour some Fish Stock and let it boil to simmer. Reduce by a third and strain again in another pot. 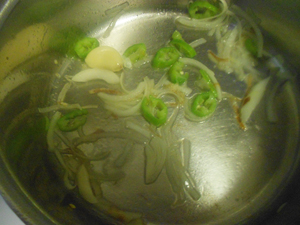 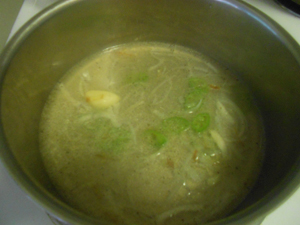 Scoop about two to three tablespoons of the Tamarind Paste and adjust the broth to taste. Squeeze some lemon juice if necessary and drizzle some fish sauce.

In a separate pan, place the fillet at the center of the pan, add a little water and poach for a few minutes. 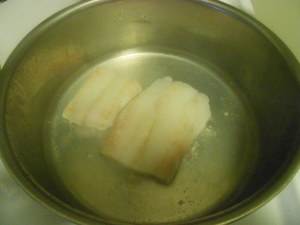 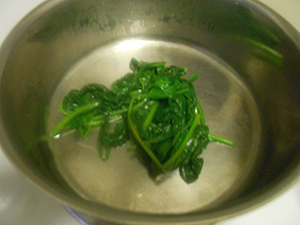 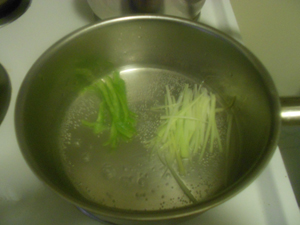 Set the plate. Scoop some of the Spinach on the plate, and set the fillet as a centre piece. 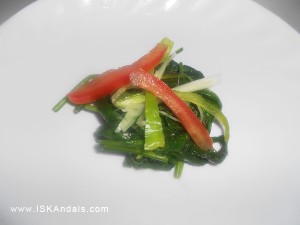 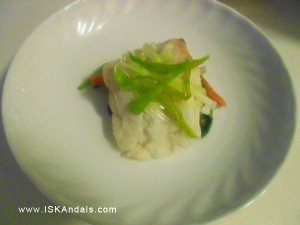 Pour the broth and garnish with the blanched Leeks, Finger Peppers and freshly julienned Tomatoes. Drizzle with Fish Sauce and squeeze some lemon juice before serving and garnish with chopped Parsley. 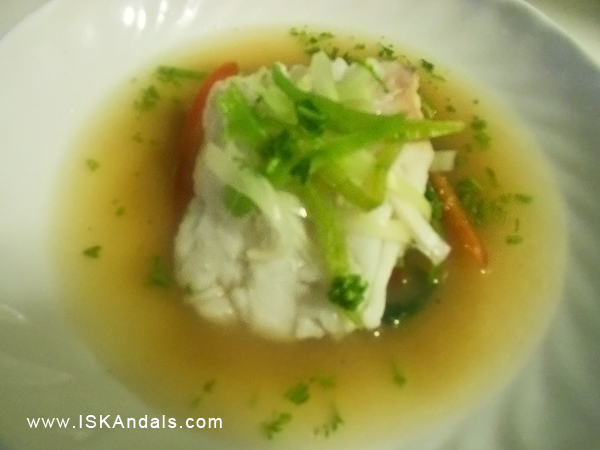 My goal for this Sinigang was to allow the sour broth to stand out. I strained the broth twice and if I had a cheesecloth, I would have strained it the third time. I also presented it as a starter and not as a main dish nor as a one-pot meal many Filipinos would be familiar with. I feel the one-pot meal to be too overwhelming for those unfamiliar with Southeast Asian stews and flavours, thus thought of a more presentable approach to the dish. Moreover, Filipino dishes aren’t exactly as bright and as eye-catching like others in the region even though the taste is three to four times better than their counterparts. 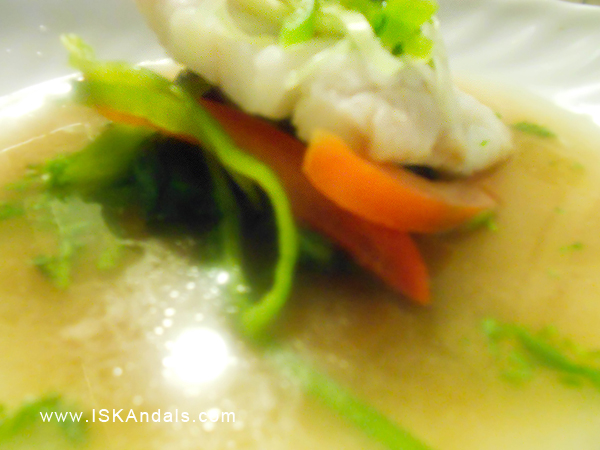 Each month we will showcase a new dish along with their family recipes. By sharing these recipes, we hope you find the same passion and love for Filipino food as we do.” - Kulinarya Cooking Club

“… your hosts for the July challenge are Isabel of My Expat Mommy and me, Kai, of Bucaio, and the theme is Pang-Habang-Buhay…

Let us cook something that is pampahaba ng buhay and that should be a part of our cooking menu habang buhay. It should be nutritious, and must contain vegetables or fruits, but not necessarily vegetarian. We may not like it – it may have been forced upon us by our elders when we were young, para pampalaki. It may be restorative – something given to us when we are sick. It may even be food given to pregnant women, or mothers who have just given birth. Or a dish highlighting an ingredient sworn to by our elders as responsible for their longevity.” – Kai of Bucaio