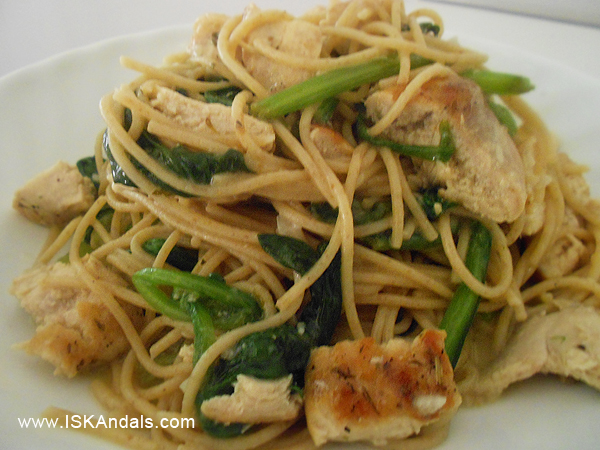 There are days that I just crave for pasta, and like I said in my previous article on Spaghetti Alla Pomodoro, pasta is my kind of fastfood. Itâ€™s easy to make when the ingredients are all on-hand. Furthermore, ingredients can also be substituted by other vegetables or protein. This day was just one of them, and I really couldnâ€™t help myself making one. I had a canned of Marzano Italian Tomatoes in my pantry, unfortunately, I didnâ€™t have the time to make my tomato sauce.

Anyway, just to basically clean my fridge of leftovers, I went to the grocery and bought a stick of butter. That was my goal for the afternoon. Butter was essential to the success of this pasta dish. I came from work and I was tired. Moreover, the preparation of this dish has been bugging me for several days now and it just had to come out one way or the other. In the grocery, I saw several huge blocks of salted butter which I really wouldnâ€™t need. It would usually last me six months just to finish one block, and the smaller sticks were unavailable. Looking at the display, I saw a compound butter containing garlic, onion powder and wine, and it was a small stick. I really wanted just the salted butter, but upon seeing this one, I knew I found what I wanted. 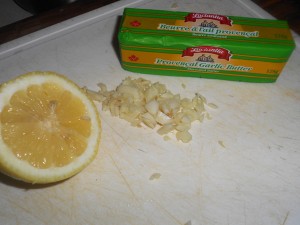 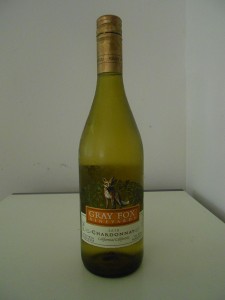 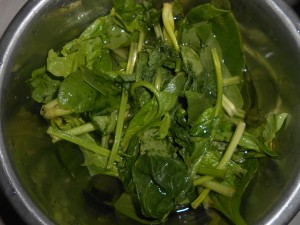 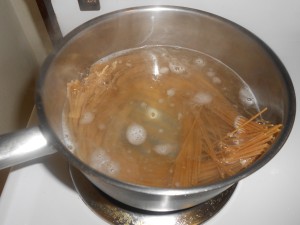 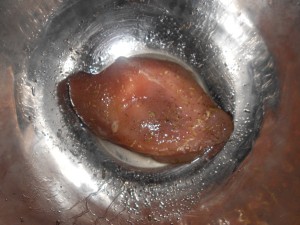 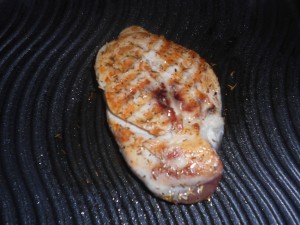 In a sautÃ© pan, start heating the olive oil and butter. Add the garlic until aromatic. Turn the heat to low-medium to prevent the garlic and butter from burning or remove it from the heat. 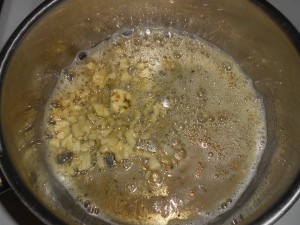 Dump in the bunch of spinach and add about Â½ a cup to a cup of pasta water into the pan up until the spinach wilts. Dowse with white wine and adjust the heat to medium-high. Strain the pasta from the pot and add the Spaghetti to the pan together with the rest of the ingredients. Continue stirring. Squeeze a lemon and add more wine or pasta water as desired. Season to taste. 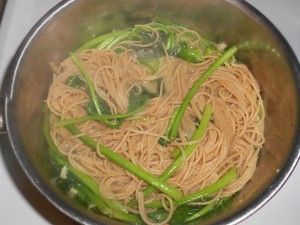 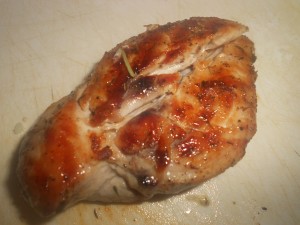 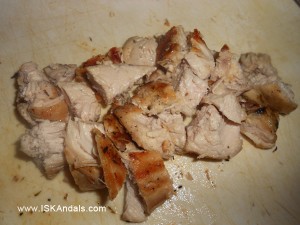 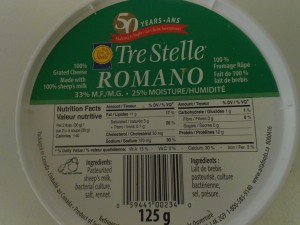 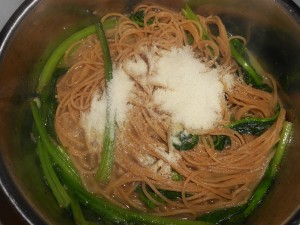 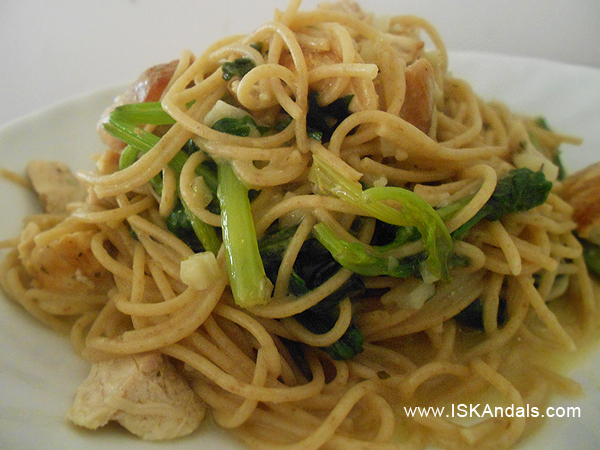 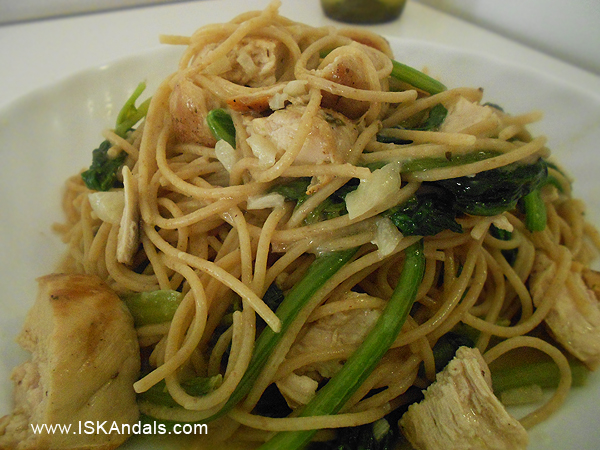 The key ingredients to this dish are the compound butter and pasta water. Set aside enough pasta water while sautÃ©ing. Without those two, this dish won’t just work. There isnâ€™t any actual sauce added in the pasta. Fresh vegetables and cheese are also vital to achieving the desired taste and consistency of the noodles.