I am definitely at a lost on making an authentic Pinoy Spaghetti. I haven’t eaten one maybe since 1992 when I was still working in a bank, and a Jollibee Spaghetti (Joy?) was a regular celebration meal whenever there was department head or staff’s birthday; ahhh, the banker’s life in Manila. It was a very affordable treat to some standard, and indeed acceptable to everyone (had my daily lunch in plastic bags). A couple of Magnolia Chocolate and Chocolate Marble Ice Cream bought from the nearest supermarket (lunch break was an hour and many others still had time to catch-up on sleep. Wow!!) was also part of the treat. Anyway I moved up to eating in a cafeteria by the turn of the millennium (luckily, lunch break was still set to an hour).

Back in 2010, when I visited Manila and had a chance to eat at the Philippines’ biggest, and currently undefeated fastfood chain, I ate the Fried Chicken Gravy Combo. That I missed! I missed the crunch and the gravy, and the steamed rice that came with the combo was just a filler. I don’t deep-fry my food and somehow, during that late in the evening when I had it was a heavenly adouring meal for someone starving. Pinoy Spaghetti, in my viewpoint, is a fuzzy and whacked version ( or fusion?) of Spaghetti with Tomato Sauce or Spaghetti in Meat Sauce. I had no sense nor idea on how it evolved to be a very sweet tomato sauce.

Coming up with a Pinoy Spaghetti as an answer to KCC’s Challenge for this month is truly a challenge for me. I have been so used to seeing, tasting and discovering Italian Pomodoro here in North America and to some extent, Europe, that I have been totally shunned to the very sweet and very tangy Filipino version. My palate was probably confused too with the origins of the Pinoy Tomato Sauce. I’m inclined towards the classics, and the sweet, tasting tomato sauce doesn’t veer towards that ideal. I needed a jumpstart. I had zero knowledge whatsoever on how to begin this challenge. I was experiencing ‘Spaghetti Pains’ much like the ‘Adobo Pains’ I encounter whenever I am faced on making something that is totally popular, simple to many, and maybe a common knowledge to the ordinary. Where and how to start? 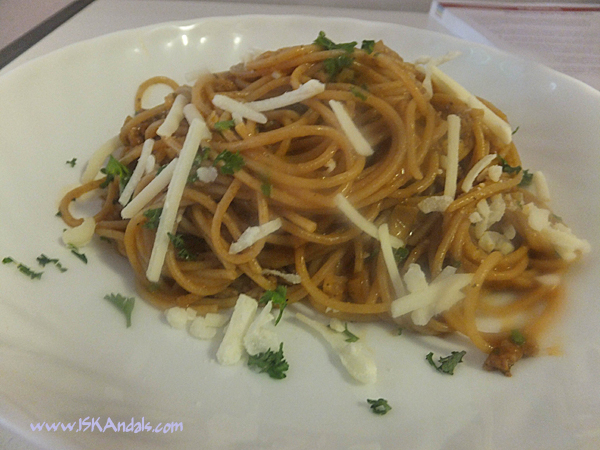 I approached by making the tomato sauce first. That was the main ingredient and from there, everything else followed. It had to be different though. I didn’t like it as plain as I have tasted and tried ages ago, but should be as addictive as Pig’s Ears or Pork Stomach. That was my new target and objective. I went on research mode and discovered several tomato based sauces used in many Tapas. I double checked each one and tweaked the same appropriate to the Filipino Palate. This is Spaghetti in Meat Sauce, Pinoy Style, sadly without the hotdogs or the corned beef, although in some point, I contemplated on putting either. By the end, I knew it wouldn’t work. Both, however, would work as a side dishes. 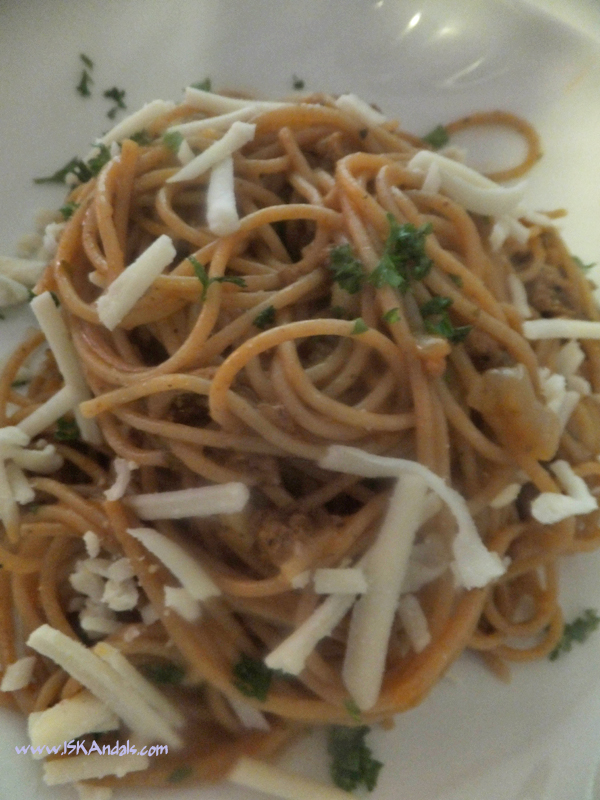 Brown the Ground Beef and Ground Pork in a sauté pan. Set them on one side of the pan and add in the minced onion and garlic. Dust with flour and pour the blend in the pan. Add the Bayleaves and let it boil to simmer for about an hour or so. Set aside. 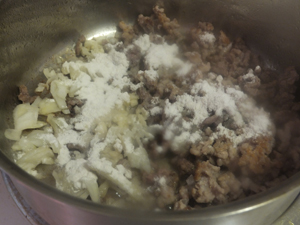 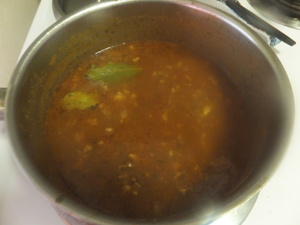 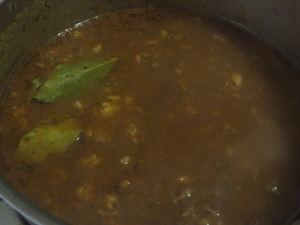 Start a pot of salted water for the Spaghetti. In another pan, sauté onion and garlic with olive oil, add the Spaghetti, the meat sauce and a little pasta water. Toss and add the cheese. Drizzle with Olive Oil and Sea Salt (or Patis) before plating and serving. Garnish with finely chopped Parsley. 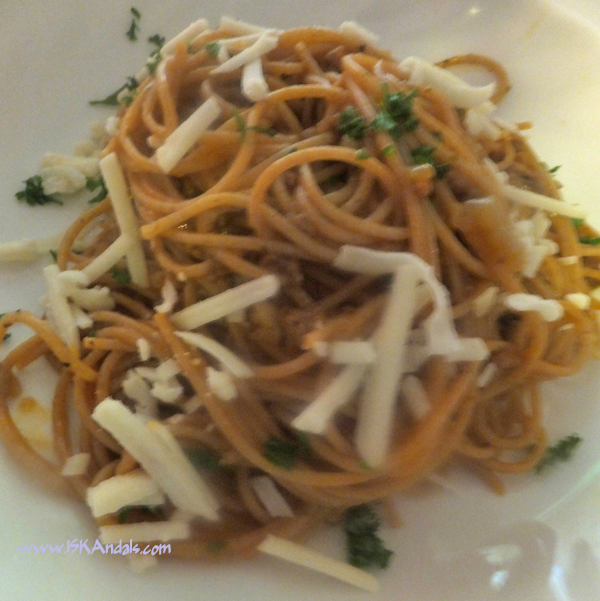 … the October theme will be… the iconic Filipino-style spaghetti. At one point in our lives, we’ve all tasted it and know what it is, and what it shouldn’t be. It’s probably the only kind of spaghetti in the world that has to be succulently sweet, chock full of goodies like hotdogs, ground beef/pork, mushrooms, even corned beef! – Gio, Kyle & Bea